Valley Fever - Fungal Infection With Lung Nodules As a Symptom 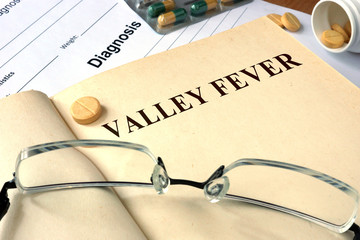 Serving patients in the Phoenix, Arizona, community, Murali Macherla, MD, provides surgical and non-surgical treatment for Thoracic and Vascular conditions. Among the conditions that Murali Macherla, MD, regularly treats is valley fever, which is characterized by lung nodules.
Technically known as coccidioidomycosis, valley fever is caused by the fungus coccidioides spp. This fungus is found in soils with high summer temperatures and mild winters, as well as low rainfall. In the United States, this includes California’s Central Valley, southern Nevada, western Texas, and the Southwest. The fungus spores are inhaled into the lungs among dust particles born by the wind in these regions.
Symptoms of valley fever typically become apparent within 1 to 4 weeks of exposure, with approximately 60 percent of people having no reaction or mild flu-like symptoms. Among those who do exhibit symptoms, cough, fever, nighttime sweating, and fatigue are the most common, and a rash resembling hives or fever may appear.
When lung nodules (tiny residual patches of infections) occur, they are a result of valley fever-related pneumonia. Having the appearance of single lesions, the nodules do not require specific treatment if they are demonstrated to be related to valley fever. They can stay with the patient for a lifetime. However, because lung nodules can also be a sign of cancer,medical followup, removal or biopsy may be recommended when indicated. Surgery is indicated for failure of medical treatment or complications,which is usually done with Video Assisted Thorascopic Surgery.
Posted by Murali Macherla at 10:32 AM 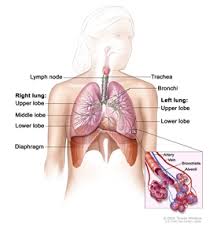 Board-certified in both General and Cardiothoracic surgery, Dr. Murali Macherla treats patients at Arizona Cardiovascular and Thoracic Surgeons in Phoenix. Dr. Murali Macherla offers particular expertise in Thoracic procedures and is experienced in the treatment of lung cancer.Surgical treatment of lung cancer typically involves removal of the cancer as well as some to all of the surrounding lung. The most common procedure is the lobectomy, which requires the surgeon to remove the lobe that contains the tumor. In some cases, there may be a need for a sleeve lobectomy, in which the surgeon removes part of the primary bronchus that connects to the affected lung. A sleeve lobectomy may be an appropriate replacement for a pneumonectomy, which is removal of the entire lung. The latter procedure usually only occurs if a patient's cancer is located at the center of the lung or cannot be fully excised through lobectomy. Patients who do not require removal of the entire lung or even an entire lobe may undergo a segmentectomy, in which the surgeon excises one to four segments of the three to five that make up an individual lung. Even less tissue is removed in a procedure known as wedge resection, which only requires the surgeon to excise a small portion of the tissue surrounding the tumor.
Posted by Murali Macherla at 8:39 PM 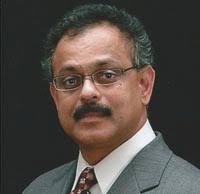 A Board-certified Thoracic and vascular surgeon, Dr. Murali Macherla serves on the staff at Arizona Cardiovascular and Thoracic Surgeons. Dr. Murali Macherla performs a variety of Thoracic and Vascular procedures, including video-assisted thoracoscopic surgery (VATS) and Robot Assisted Thoracic Surgery.Video-assisted thoracoscopic surgery is a versatile procedure used to diagnose or treat a number of conditions rooted in the chest cavity.This can be done with Robot assistance as well. Performed with the patient under General Anesthesia, it allows the surgeon to visualize and access the lung,other Mediastinal structures and the inner lining of the chest wall. Unlike open-chest surgery, it requires only a few small incisions with less post-operative pain.Through one of these incisions, the surgeon introduces carbon dioxide gas into the patient's chest. The surgeon will encourage collapse of the lung to be visualized and will then insert a tool known as a Thoracoscope, which features a small camera on the end of a tube.Images of the inside of the chest is seen by the Surgeon and the Assistant on a Video Monitor.More than one incision may be necessary if the surgeon needs to manipulate the area. This approach is used for multiple Thoracic procedures ranging from simple Biopsy to complex Lung resection, Because of its minimally invasive approach, VATS has also become popular in the treatment of Thoracic Malignancies.A surgeon may also recommend VATS to remove fluid from around the lung, repair a hiatal hernia, or alleviate the symptoms of gastroesophageal reflux disease. Effective for other purposes as well, it offers the benefits of reduced post-operative pain and a shorter recovery time as compared to open-chest surgery.
Posted by Murali Macherla at 10:28 PM